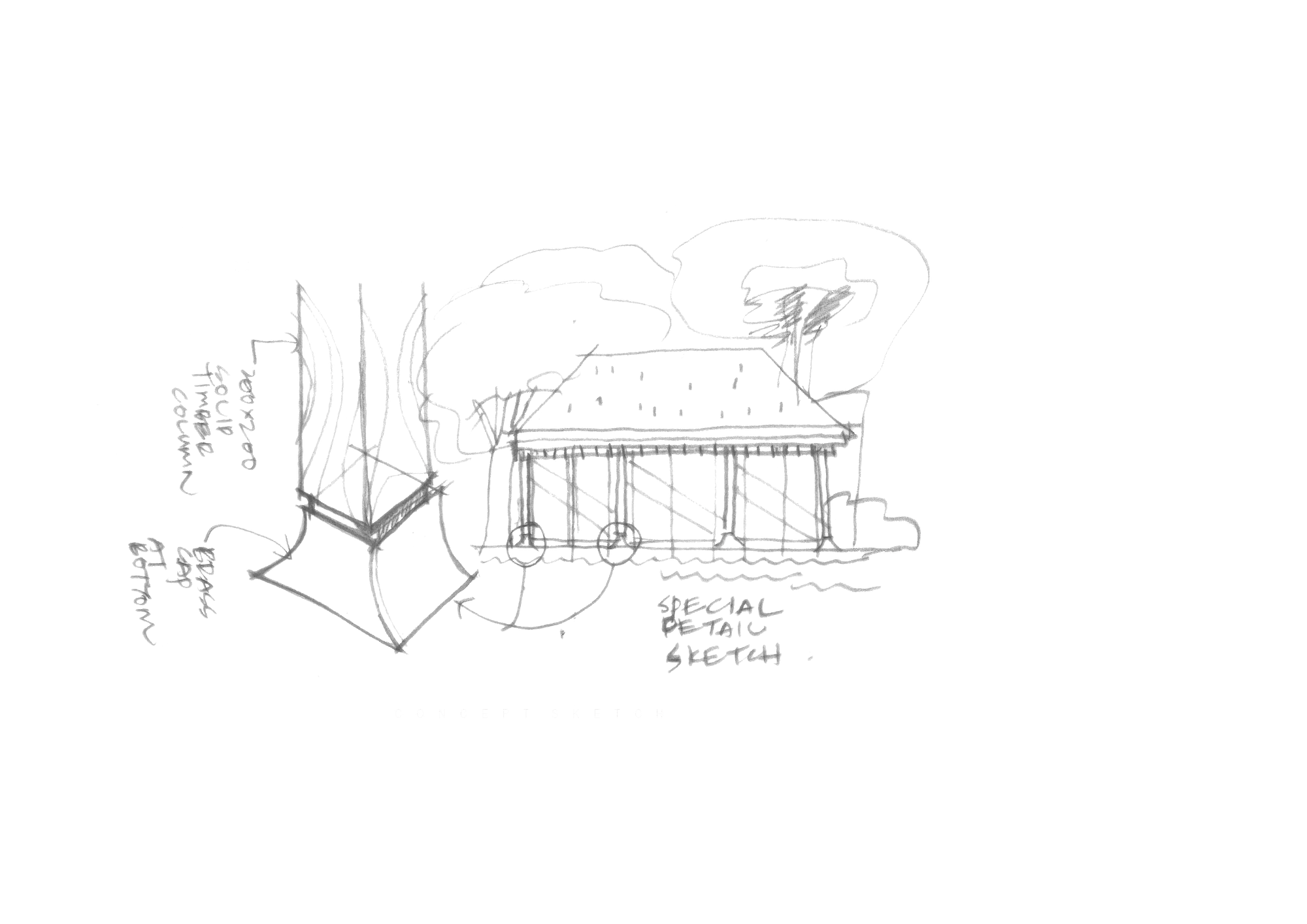 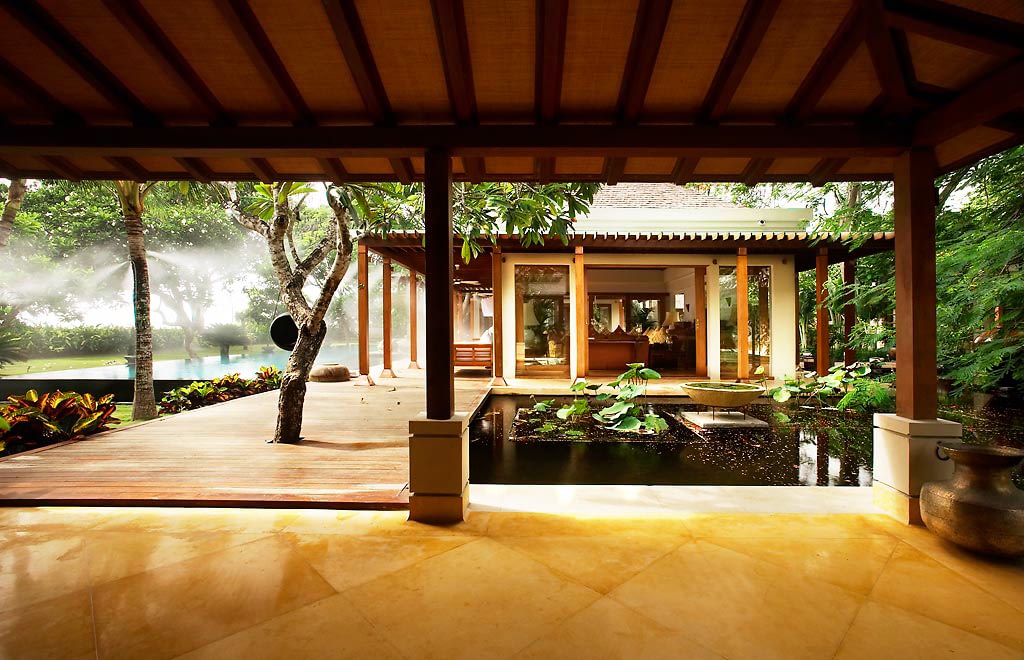 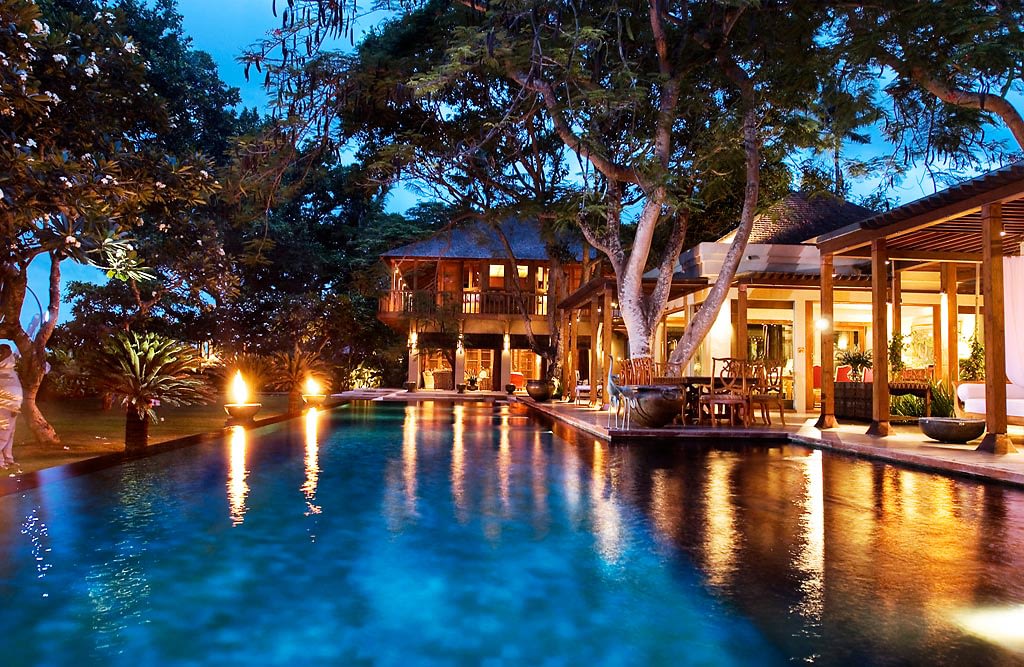 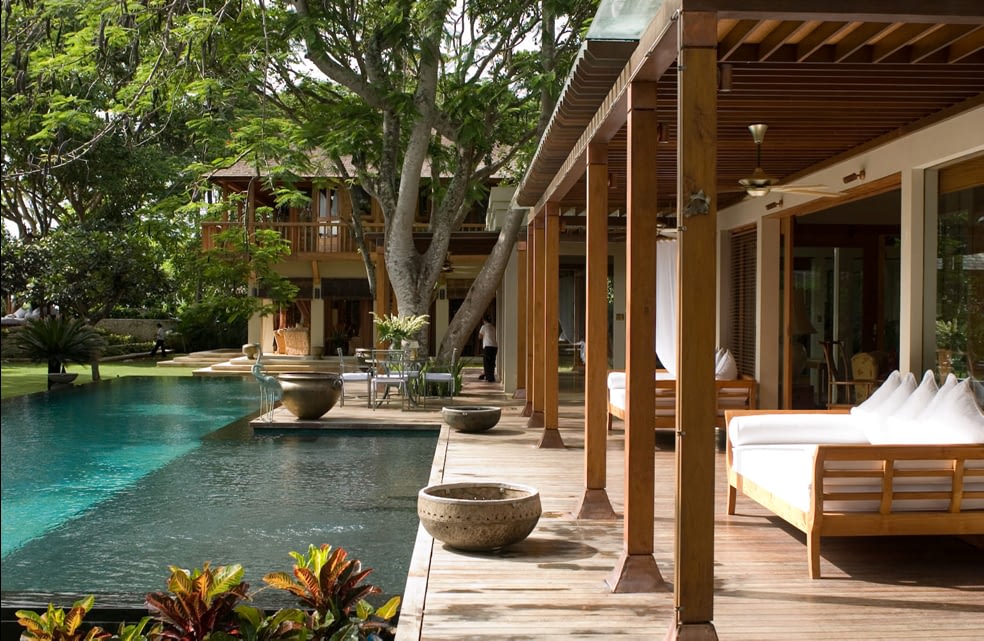 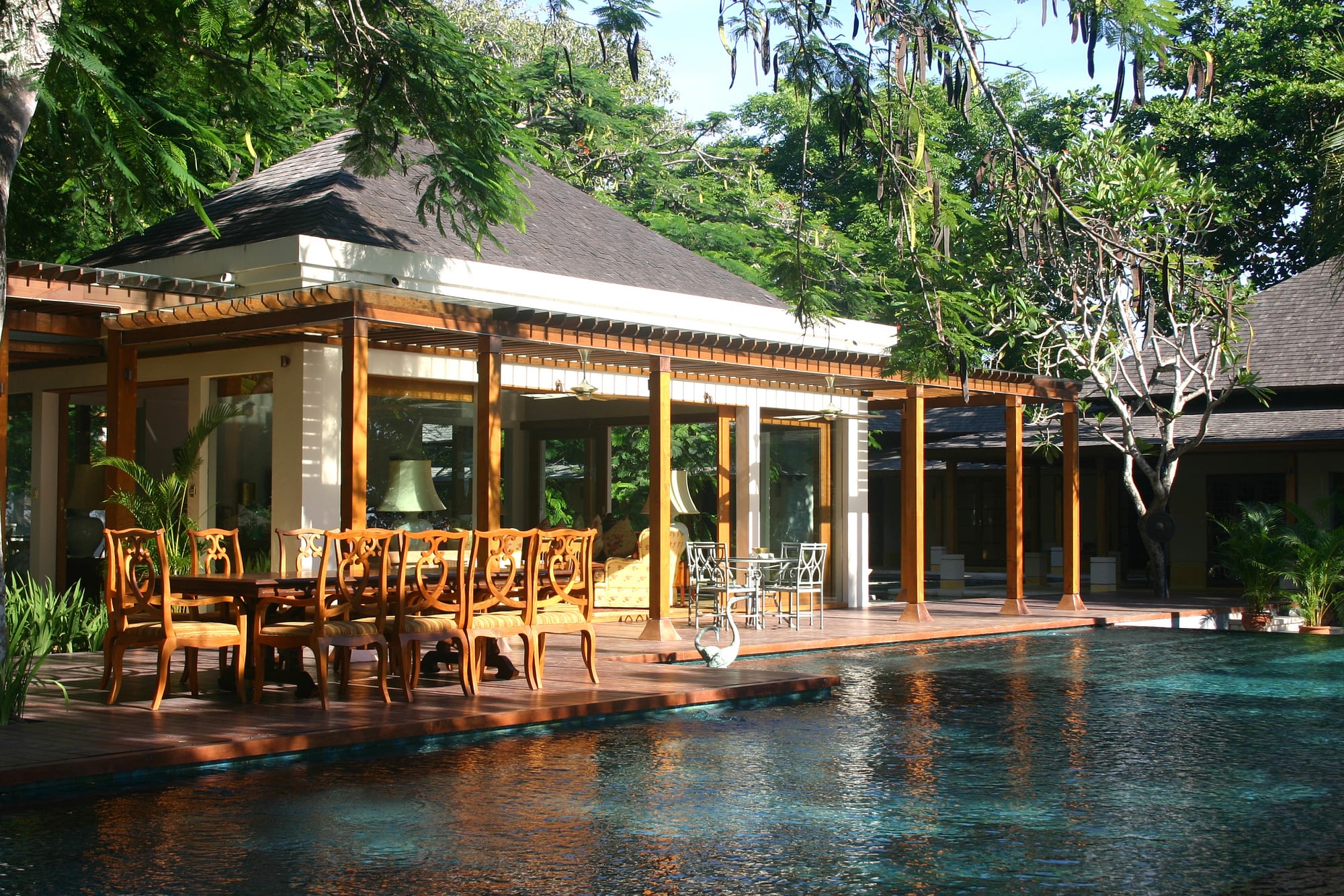 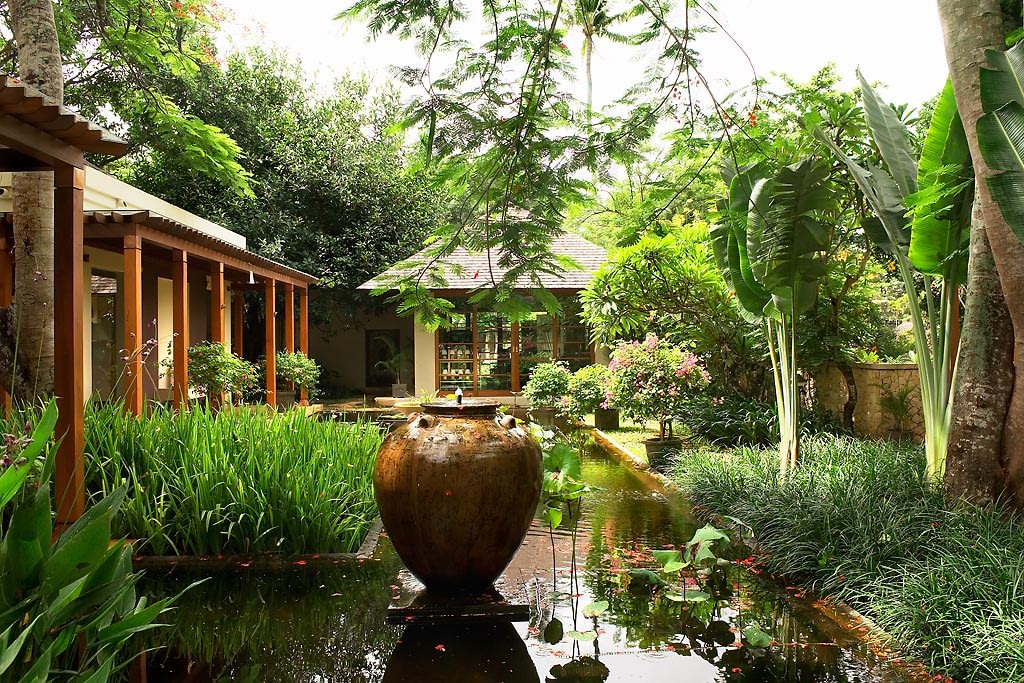 Located in Batu Jimbar, Bali, Kampng Ku, Sanur is a boutique development designed by the famous Sri Lankan architect Geoffrey Bawa. Previously a coconut plantation, the village was the realisation of the visions of Australian artist Donald Friend and Bawa in their reverence for Balinese tradition. Pentago was enlisted to build a new house on the site of Donald Friend’s old home, whose ownership had changed hands.

It was here in Batu Jimbar that the Pentago team saw the true potential of the existing natural landscape in modern design. The deliberate orientation of the buildings to cultural landmarks in the natural landscape was Bawa’s tribute to centuries of Balinese culture and religion. For example, the placement of the houses in relation to ‘Gunung Agung’ (The Great Mountain) – believed by the Balinese to be a replica of Mount Meru, the central axis of the universe – was a key cosideration.

As much as possible, Pentago integrated the art from the artisans, including that of Donald Friend’s, into the architecture. The existing mature trees were retained and took precedence over the buildings. The buildings and rooms were built as a series of Balinese pavilions in the garden, in harmony with the outside-in living concept envisioned by Bawa and embodied in Pentago’s signature style.