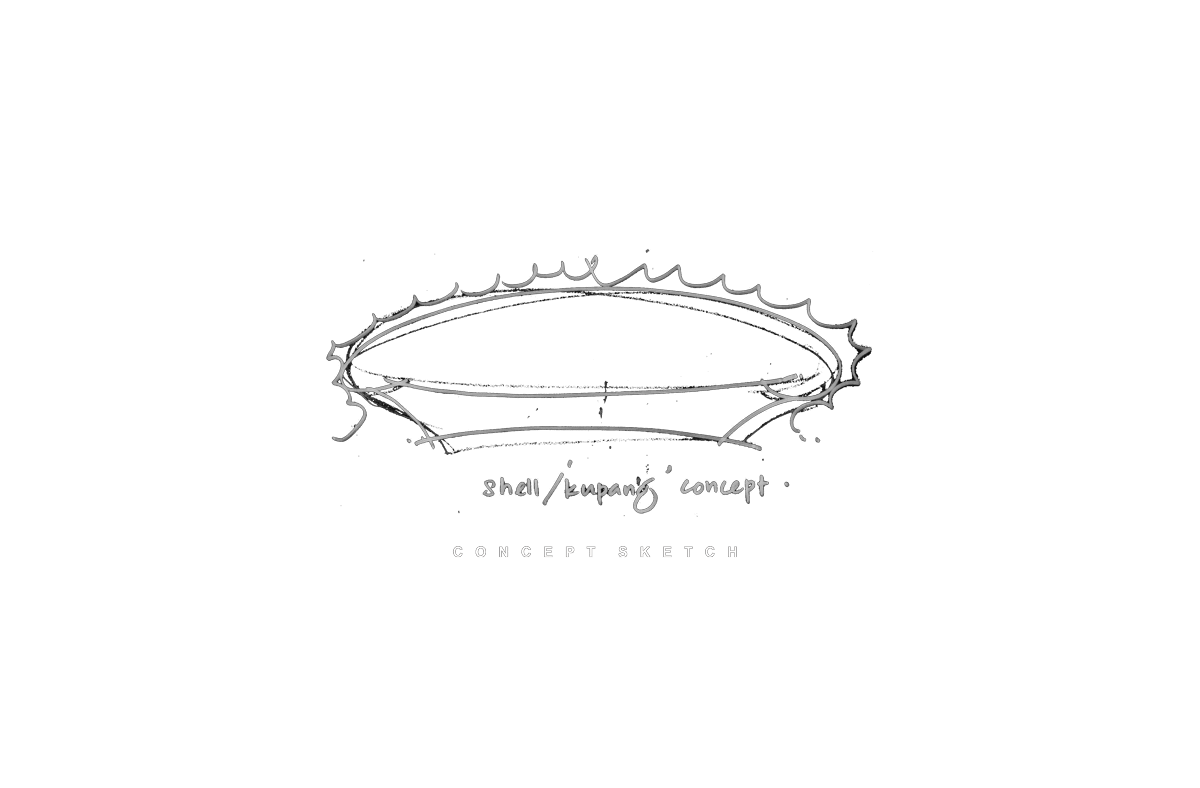 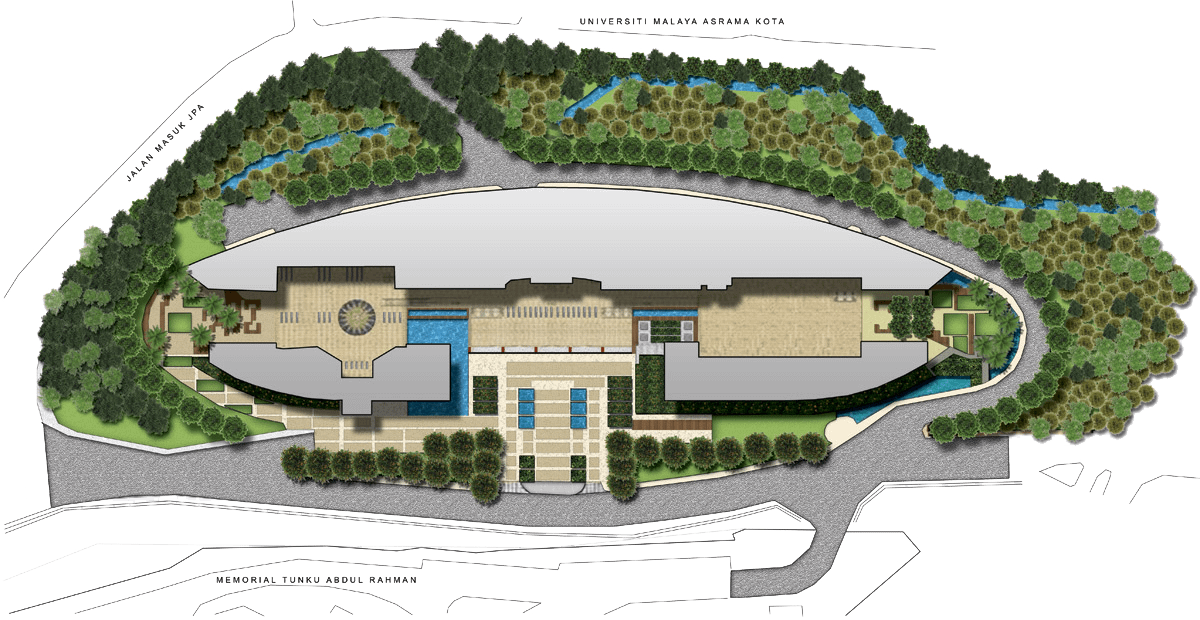 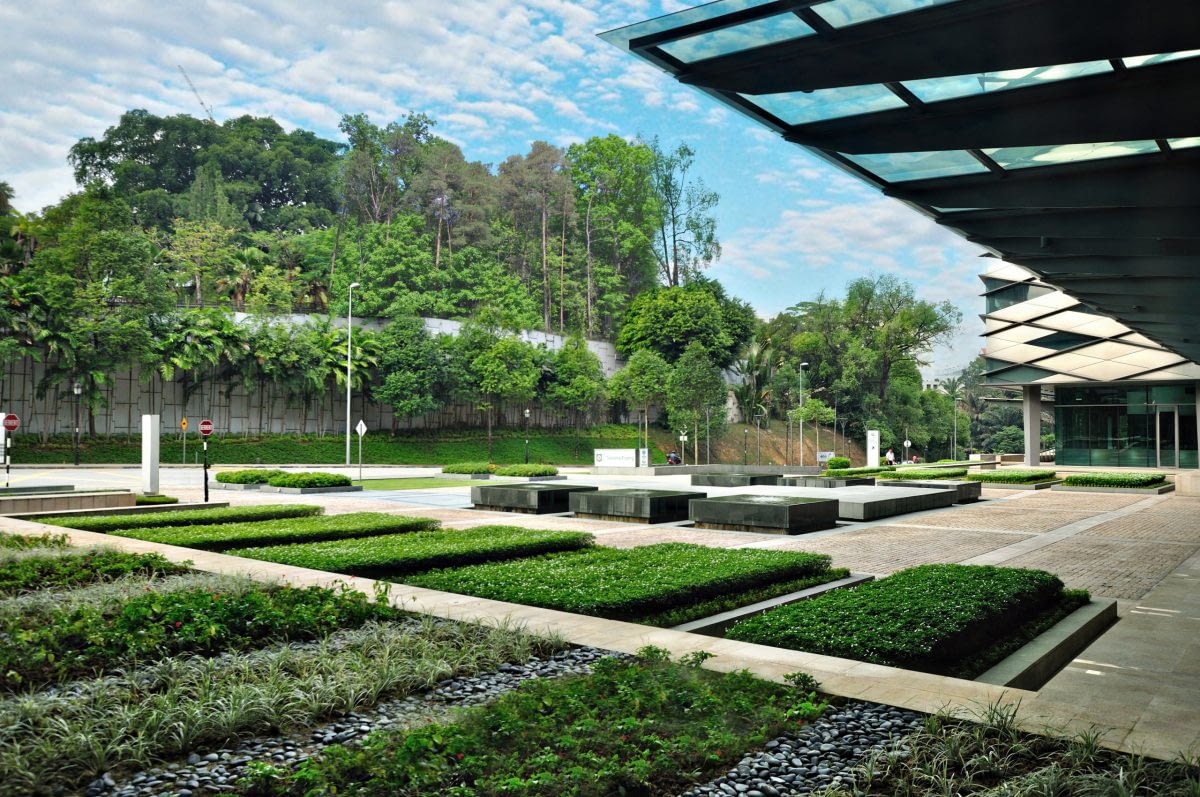 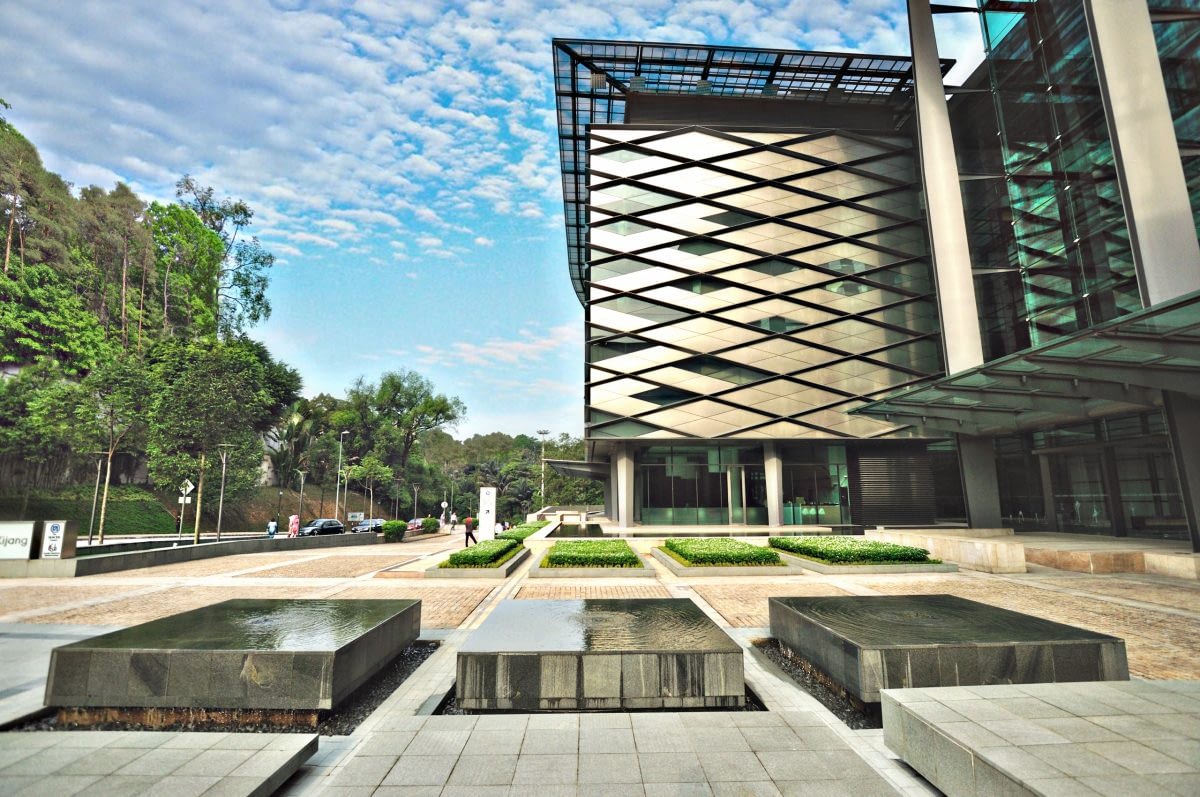 Bank Negara was an institutional project, in which individual architects submitted entries to participate in the conceptualisation of the bank’s corporate headquarters. Pentago, together with Hijjas Kasturi won the bid to design the landscape for the project. The team opted for a minimalist approach, relocating existing trees to enhance the architecture of the corporate building , which was already a feature in itself. The paving and raised water features were designed to look like squares and arranged in a grid, in keeping with the architectural facade and creating a formal foreground for the building. Internal courtyards were also featured within the structure.